These are some of the books I read and loved this year. The fourth and final post. You can pursue the other selections here and here and here. 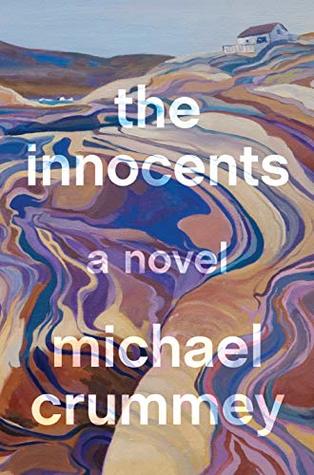 THE INNOCENTS by Michael Crummey.

An astonishingly good book. I can see why it was nominated for every prize, although I can’t see why it hasn’t won them all.

Crummey is a poet as well as a prose writer, and his meticulous attention to language is obvious in every beautiful sentence. The cadence and idiom of his native Newfoundland is a musical and sensory pleasure.

What I’ve always loved about Crummey’s writing, apart from the language, is the depth of insight he displays into the human heart and soul. Never has it been more in evidence than here.

Parts of the book are harsh and difficult to read, but how could it be otherwise seen through the eyes of isolated, impoverished orphans, barely surviving on the isolated coast of Newfoundland in the early 1800s. Parts of it may be considered controversial, and they certainly are unsettling, but Crummey handles these ‘bits’ with such understanding and compassion that I hope any reader of empathy will withhold judgment.

For more insight into this wonderful book, I recommend this article: https://www.theglobeandmail.com/arts/… 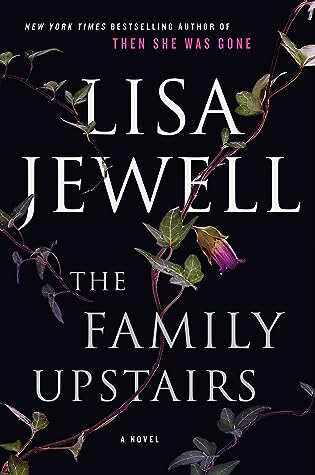 THE FAMILY UPSTAIRS by Lisa Jewell.

I thoroughly enjoyed this twisted family tale. The structure was fun as well. Lovely book for a cold winter afternoon of escape.
From the back cover…

“Be careful who you let in.

Soon after her twenty-fifth birthday, Libby Jones returns home from work to find the letter she’s been waiting for her entire life. She rips it open with one driving thought: I am finally going to know who I am.

She soon learns not only the identity of her birth parents, but also that she is the sole inheritor of their abandoned mansion on the banks of the Thames in London’s fashionable Chelsea neighborhood, worth millions. Everything in Libby’s life is about to change. But what she can’t possibly know is that others have been waiting for this day as well—and she is on a collision course to meet them.

Twenty-five years ago, police were called to 16 Cheyne Walk with reports of a baby crying. When they arrived, they found a healthy ten-month-old happily cooing in her crib in the bedroom. Downstairs in the kitchen lay three dead bodies, all dressed in black, next to a hastily scrawled note. And the four other children reported to live at Cheyne Walk were gone.

In The Family Upstairs, the master of “bone-chilling suspense” (People) brings us the can’t-look-away story of three entangled families living in a house with the darkest of secrets. 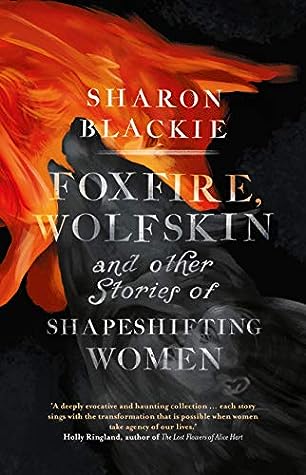 FOXFIRE, WOLFSKIN AND OTHER STORIES OF SHAPESHIFTING WOMEN by Sharon Blackie

I study mythology and fairy tale with Dr. Blackie, although really, everything she does is mystical and magical and infused with depth psychology. Her writing is delightful, and for anyone who finds meaning in such tales, you can’t do better than this collection. From the book cover: “Charged with drama and beauty, this memorable collection by a master storyteller weaves a magical world of possibility and power from female myths of physical renewal, creation and change. It is an extraordinary immersion into the bodies and voices, mindscapes and landscapes, of the shapeshifting women of our native folklore.Drawing on myth and fairy tales found across Europe from Croatia to Sweden, Ireland to Russia – Sharon Blackie brings to life women’s remarkable ability to transform themselves in the face of seemingly impossible circumstances. These stories are about coming to terms with our animal natures, exploring the ways in which we might renegotiate our fractured relationship with the natural world, and uncovering the wildness and wilderness within.” 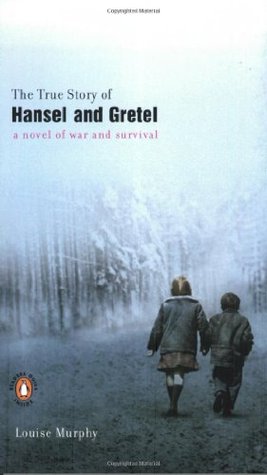 THE TRUE STORY OF HANSEL AND GRETEL, by Louise Murphy.

A beautifully written tale set in Poland during WWII. A testament to the resilience of the human spirit. At times heartbreaking, always riveting.

From the back cover:

In the last months of the Nazi occupation of Poland, two children are left by their father and stepmother to find safety in a dense forest. Because their real names will reveal their Jewishness, they are renamed “Hansel” and “Gretel.” They wander in the woods until they are taken in by Magda, an eccentric and stubborn old woman called “witch” by the nearby villagers. Magda is determined to save them, even as a German officer arrives in the village with his own plans for the children. Louise Murphy’s haunting novel of journey and survival, of redemption and memory, powerfully depicts how war is experienced by families and especially by children.

“No reader who picks up this inspiring novel will put it down until the final pages, in which redemption is not a fairy tale ending but a heartening message of hope.” —Publishers Weekly” 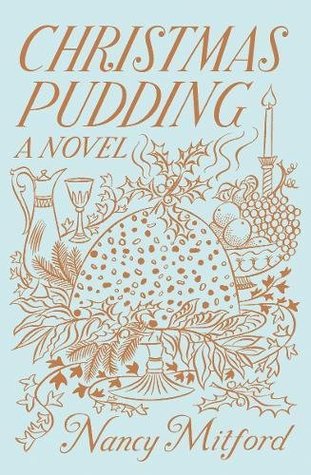 And finally, for the sheer fun of it, CHRISTMAS PUDDING by Nancy Mitford

Laugh out loud funny in parts. Delightfully acid satire, while never being truly cruel. I do love these Mitford women.

“The formidable fox-hunting obsessed Lady Bobbin has put together a Christmas house party at Compton Bobbin, including her rebellious daughter Philadelphia, the girl’s pompous suitor, a couple of children obsessed with newspaper death notices, and an aspiring writer whose deadly (in more ways than one) serious first novel has been acclaimed as the funniest book of the year, to his utter dismay. And then there is beautiful ex courtesan Amabelle Fortescue and her group of guests staying in a nearby cottage … As the house parties start to unravel, so the jokes increase: this is Nancy Mitford’s second novel and one of her earliest forays into the world of the Bright Young Things.”

Well, that’s it for this year.

And another year’s just begun. I’ve challenged myself to read 100 books this year, as I did last year. I know they’ll be some humdingers in there.

Hope you find something on these lists to delight you. Let me know!